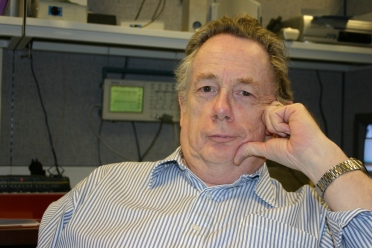 It shouldn’t really be about me. I am firmly in agreement with the idea of a marketplace of ideas, but I have found that readers still exhibit a degree of curiosity that must be satisfied. Thus a short biography.

I started life in San Francisco CA (before it was CA, mind you) in 1941, the second child of Lyle and Dorothy Sexton. They were very much small town, middle class transplants from Atascadero. That origin provided many family stories but that is a subject for another page. I grew up a decidedly not a small town child in a San Francisco that no longer exists.

My teen years were spent first in Stockton and then Fresno, both in the Central Valley of California. I graduated from high school in 1959 and immediately entered the US Navy as I had enlisted in the reserves the previous Fall. Much in keeping with the interests I had developed in electronics and technology (now called STEM subjects), I applied for and attended the Electronics Technician Class A school at Treasure Island, then a major naval base. (It should be noted that now none of the installations at which I served still exist.) I then spent three years tending to radio transmitters in San Diego.

On completing my active duty, I enrolled at Fresno City College, then transferred to Cal Poly San Luis Obispo after two years. I completed a degree in Electronics Engineering in 1968, graduating with honors. Then I embarked on a career in electronic product development designing such diverse equipment as telephone interfaces, wide band amplifiers, irrigation systems, security systems and even milking machine controllers.

Having done enough damage, I retired in 2007 and have spent the time since traveling and involving myself in AHEPA (www.ahepa.org for the curious) our church (St. George Greek Orthodox Church) and dabbling in various hobbies, especially model railroading.

None of this would seem to qualify me to comment on any of the subjects to be found in these pages, but I did publish at one time a review column, The Orthodox Reader, for church newsletters that had a modest circulation for awhile. These reviews will also be found here ultimately. That effort did force me read heavily both in the review subjects and other support material. Thus I am conversant with most of the matters to an extent I believe to be greater than normal. None of that makes me right, if there is a “right” side, about anything so you will have to decide for yourself.

I am married, having had the good fortune to meet a young Greek girl at a Halloween party at Cal Poly, and having had the good sense to pursue her and marry her. I have one daughter who is a twin to her mother. They are both teachers, though my wife is retired, and taught at the same high school. I have three grandsons who are perfect and can do no wrong, though you might want a second opinion about that.