This post is by way of taking a poke at a few things in general, and Turkish Airlines, Turkish security in Istanbul, UPS, and corporate isolationism in general.

To begin, I have for years worn a Tilley hat, especially when traveling. I like wearing a hat. It protects me from both sun and rain and makes me easily identifiable in a crowd (a story for another day.) I acquired my first one more than twenty years ago in Vancouver BC, IIRC. That one succumbed to absent mindedness on on Amtrak trip. Yet another story. Its replacement is now lost, again due to absent mindedness on a Turkish Airlines flight.

Last year, we made our almost annual trek to Greece, leaving in mid-July, and chose to travel on Turkish Airlines. The price was hard to beat and we had heard good things from other travelers about them. Our route was Fresno CA, known as FAT – LAX – IST – SKG, that last being Thessaloniki. We have the good fortune to have a residence in Peraia, a suburb of Thessaloniki.

I forgot the hat when leaving the LAX-IST flight and did not realize it until we had boarded the final flight. On arriving at SKG, we checked with the local TA representative who told us to contact the lost and found in Istanbul. They in turn told us that they would not forward the hat to Thessaloniki, that I had to go to the lost and found in Istanbul in person to get the hat. I could also have an international shipping company send it. Even though there are two daily flights SKG-IST they would not send it as requested.

Well that was unhelpful and now the “international shipping company” recommended was UPS and an agent was cited. This agent insisted that I had to send a shipping label from the US. UPS in Greece would not handle this. This is where it became impossible … and questionable. I donkeyed around with this all summer, getting nowhere.

We returned at the end of September and I promptly attempted to create a shipping label. Local agents for UPS professed no knowledge of what was required. Attempts to use the UPS system revealed that a shippers address was required. The system simply would simply not create a label without it. I repeatedly requested an address from the Turkish UPS agent but none was ever forthcoming.

This UPS agent included phone numbers in his email but when I searched the UPS site for Istanbul, his was nowhere to be found. The UPS International Help Line was useless as well. Could they help generate the label? Sorry, no. Could they supply the address for this agent? No, we can’t give out that information. This, in spite of the fact that all those addresses were listed on their website.

The Turkish Airline Lost and Found person had stated that the hat would be held for 90 days. That time has long since come and gone so I presume some Turk is happily wearing a nice Tilley hat acquired from the TA Lost and Found. 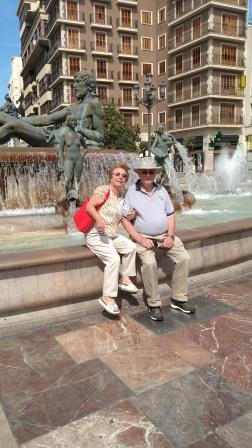 There is a bit more and I apologize for going on so long. Our return was through Istanbul but we had only two hours to begin with and our SKG flight was delayed forty minutes. That on top of the fact that the new Istanbul airport is enormous made it near impossible to get to the Lost and Found. Security complicated that. We were not treated as in transit as in other airports. Instead, we had to pass through security again and finding your way in that place is not easy. But the final insult came aat our boarding gate.

Among other things, my wife brings back numerous bags of Greek coffee. Loumidis is the preferred brand. This time she had six bags in her carry-on to allow us to meet the weight requirements for the checked baggage. At our boarding gate, we were again subjected to a baggage search. Aha! We had contraband! Too much coffee in too large of bags. It must be confiscated. No need to go into the details as to why. We were able to retain two of them, even though the bags were too big (by what standard?) It was last straw. 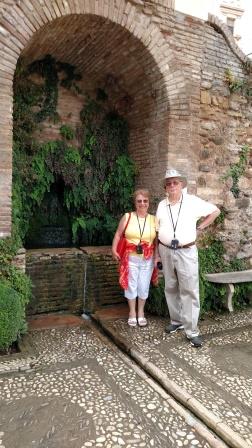 Now, my final point. Do you have a problem with UPS? With an airline? With any large multi-national corporation? Have you tried to file a complaint? Can you even find out how? I searched in vain for a way to penetrate both UPS and Turkish Airlines past that poor sap who has to answer the phone. If you know of a way, please inform me. Corporate America -and the rest of the world, for that matter- have sealed themselves off from the customers they serve -completely. That is not a good thing. The business world prides itself repeating cliches like “The customer is always right”. It seems it ought to be replaced with the customer is never heard.

[This was initially posted on Ricochet.com. I strongly suggest you visit them if you are interested in good discussions.]

The pictures enclosed were taken at various locations in Spain in 2015.