The call came at an unfortunate time. It was about a week before Christmas with the usual preparations well underway. The call was from my doctor’s office. “Your Cologuard test came back positive. Your doctor wants you to have a followup colonoscopy.”

A colonoscopy is something such that no one I have ever known looked forward to, and this occasion was no exception. I had thought I could avoid the unpleasant procedure this time around. My doctor agreed and a Cologuard kit had been delivered a few weeks before. 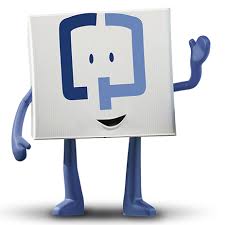 The kit needs a little explanation. Until recently, the only way to see what might be growing in your colon is the dreaded colonoscopy procedure. The procedure itself is not difficult. You submit yourself to a specialist who has an unusual camera. An anesthetic is given and an hour later you wake up. It is the preparation that is so objectionable.

The Cologuard test bypasses all that. While it is a little icky to consider, the bottom line -no pun intended- is that you use the kit to submit a stool sample to the Cologuard lab.* Per the Cologuard literature,

In due time, the results are returned to your physician and with any luck that is the end of it. This time it was positive and thus the dreaded procedure was necessary.

The news was unsettling to say the least. I was told only of the positive indication. No assessment of degree was provided. In that moment it seemed as if my life stopped. It was not unlike a digital TV when a transmission failure leaves a frozen picture just as the villain fires at the hero. The outcome is unknown and nothing else matters until transmission resumes.

I had been contemplating the year ahead, mulling plans for anticipated travel and other activities. Now I had come to that proverbial fork in the road, and it would be taken, only I could not know which direction I would go. It was not a panic, but certainly that any plan I made might be for nought.

All of this was complicated by the timing. The nurse who had called said that a referral had been made to a specialist I had seen before but it might not be until after the holidays before they would contact me. So I waited.

In the interim, I thought often about the possible outcome. Colon cancer is no picnic. The five-year survival rate is about 65%. Treatment consists of the usual gamut of  chemo, radiation and possibly surgery. All of this had a considerable impact on my thinking. I found myself asking if this was the time I would check out. It was easy to be maudlin about it. I try to be stoical about such things but it was almost impossible to avoid thinking that this or that might be the last dance, so to speak.

There is, for more than the morbid, much literature on the subject. At one time, I was a devoted reader of the magazine, First Things, and especially of its noted editor, Fr. Richard John Neuhaus. A Lutheran minister who had converted to Catholicism and had been very active in the anti-war movement during the Vietnam War, Fr. Richard was an eloquent spokesman for pro-life and other conservative issues. Of particular interest was his book, As I Lay Dying, which he wrote while recovering from surgeries for a near fatal burst tumor.  As described in one review “As I Lay Dying is not so much Neuhaus’s near-death-experience tale as it is a Christian discussion of death from the vantage point of a Catholic priest who heard death knocking at his door.”**

As I said, the timing was unfortunate. It was bad enough that I had been presented with this unpleasant possibility. Waiting only amplified my anxieties. All this was made worse by the difficulty of arranging an appointment for “the procedure.”  I seemed to be the only one who thought that sooner might be better than later. Complications arose from missed and misdirected communications. For all that, however, an appointment was finally made and the procedure performed. When I woke from the anesthesia, I learned that three polyps had been seen and removed. Further tests will be performed on them and perhaps more treatment may be required.

Now it seems, a great weight has been removed. The fork in the road has been taken but at least, it does not lead down that dark path. We cannot see the future, though we can guess what it might hold. For the moment, spring seems near and plans can be made with confidence. Many things I put off in the interim, I can now take up again. In answer to the question in the title of this piece, yes, I am dying, but we are all dying. Life is a process of dying. Just not now, thanks be to God and the people he has endowed with the talent and knowledge to treat matters like this. I will certainly die one day, but not just now.

*I must sympathize with the plight of the lab workers at the Cologuard facility. Day after day, they must rummage through endless numbers of stool samples. I wonder what they do for recreation?

**As I Lay Dying is also the title of a William Faulkner novel originally published in 1930. I am certain that Fr. Neuhaus very consciously used that same title for his book.